So I have spent the better part of the day in the car, by my own choice.  Frankly, the boys were up a little too early for the amount of activity they did yesterday, and I didn’t want to hear them beat on each other so I figured ROAD TRIP, so they would sleep in the car!  Except many places are closed on Mondays.  Argh.  So after some thinking, feeling like Winnie the Pooh, I remembered my girlfriend told me about Magic Wings in South Deerfield, Massachusetts.  So I figured what the heck, packed up the boys and off we went.

Almost a 2 hour drive from me, Magic Wings Butterfly Conservatory was well worth the drive.  Magic Wings is an inside sanctuary for thousands of butterflies just flying around, waiting to land on a leaf, a flower, and the occasional forehead, in Boog’s case. 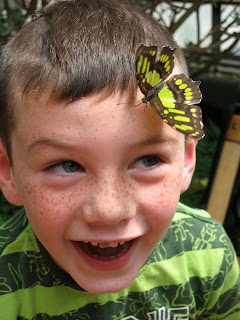 They enjoyed landing on my pocket book as well as Boog and Mudge’s shoes.  We went in and came out a few times, because it was rainforest temp and humid.  So we were able to look at there smaller exhibits of bugs and amphibians like the Whistling Madagascar Cockroaches and Red Eyed Tree Frogs, which the boys loved because they have seen some of them on Diego. 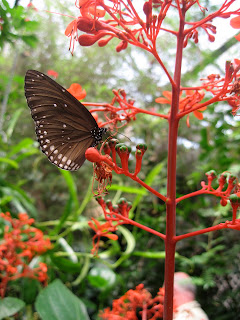 We all took our chances at taking pictures of the butterflies.  Had some lunch and ice cream from their food court.  And we were lucky enough to find that they had a penny squisher, the best 51 cent souvenir. 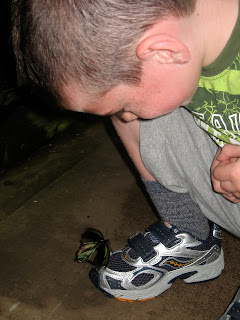 All in all it was a very magical day for the all of us.  And if you haven’t ventured that way, do.  Make a day out of the area.  It’s right down the road from Yankee Candle Company, and a half hour from the Eric Carle Museum of Children’s Art (more on that in a later post).  But make sure you bring your camera and your sense of awe, because to be surrounded by all that beauty is amazing. 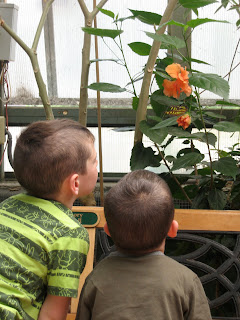 Email ThisBlogThis!Share to TwitterShare to FacebookShare to Pinterest
Labels: motherhood, things to do